Ms. Bowden created this wall mural of Canada geese, cat tails and marsh flowers,  directly in wax and she cast it partly in sand and partly in ceramic shell. It was a private commission in 1984 and is located in Manakin, Virginia. 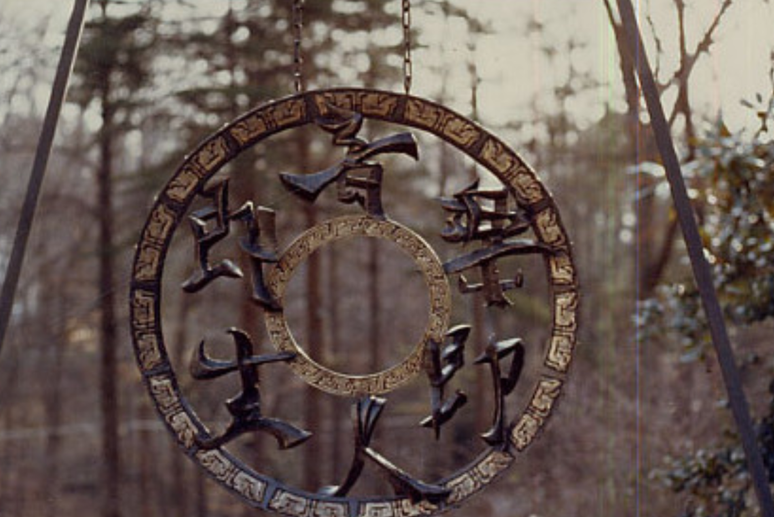 Constance Bowden studied figurative sculpture at the Florence Academy of Art under director Robert Bodem, Mitch Shea, Eudald de Juana Gorriz, and Eran Webber, as well as Charlie Mostow and Stephen Perkins in the United States. She began her studies in Florence in the summer workshop of 2015, following 25 years as a portrait painter and bronze figurative sculptor. In addition to her training at the Florence Academy of Art, Ms. Bowden graduated with Highest Honors in Sculpture from the College of William and Mary. She advanced her skills through a three-year apprenticeship in violin making with the Colonial Williamsburg Foundation, followed by five years of bronze casting at the Johnson Atelier Institute of Sculpture Technology, including rubber mold-making, shell, sand casting, wax pouring and chasing, bronze chasing, and patina. She has studied painting with Cedric and Joanette Egeli, Dawn Whitelaw, Paula Frisbee, Raymond Everett Kinstler, Jessica Artman, Angela Cunningham, Cornelia Hernes and Simone Moritz. Her paintings and sculptures are represented in homes and institutions throughout Virginia and beyond. 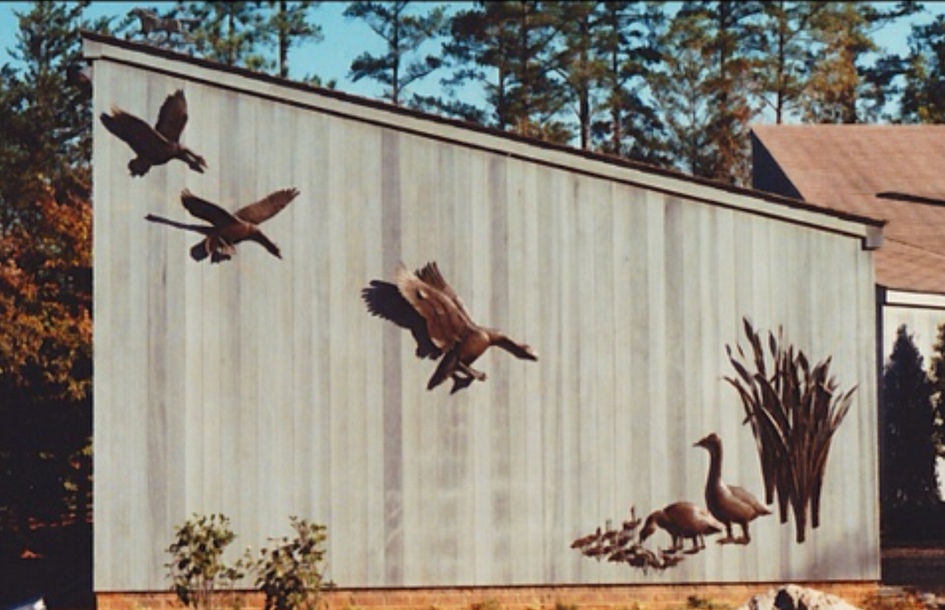 Two of Constance Bowden's Portrait Sculptures have been accepted as FINALISTS in the 14th Art Renewal Center International Salon Competition! 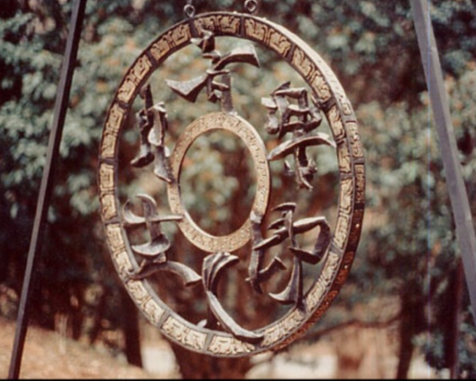 ​Ms. Bowden completed a three year apprenticeship in violin making from 1978 through 1980,  in the Colonial Williamsburg Instrument ​Shop under Master Luthier George D. Wilson. Ms. Bowden made  the  violin below using only 18th century hand tools and techniques. There are 50 pieces of wood in a violin and it takes about 240 hours to make one. Ms. Bowden also made the varnish used on the violin, and applied the 23 coats. Spruce, Maple and Ebony, 1980.

Chinese Characters. ​Ms. Bowden was privately commissioned to create this bronze  sculpture.  She modeled the characters and the decorated rings directly in wax, in 13 separate pieces which were then welded together after they were cast in bronze. She cast them into bronze using the ceramic shell method. Commissioned by a concert pianist who grew up in China as the daughter of American Missionaries, the characters read, "Music is a form of life, and life is a form of music."     Bronze, 8' x 8', 1985. The sculpture is in a private home in Virginia. 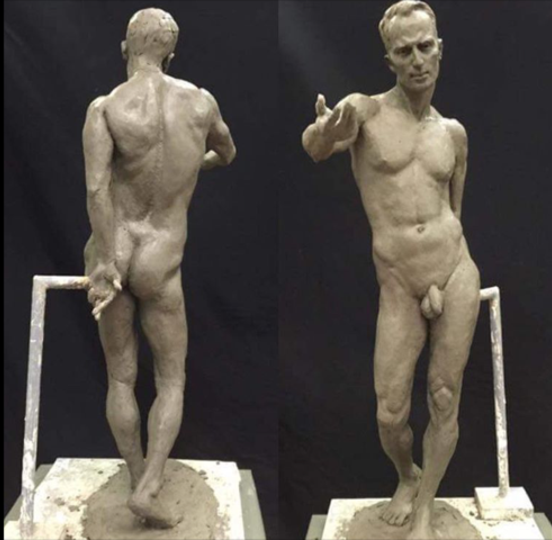 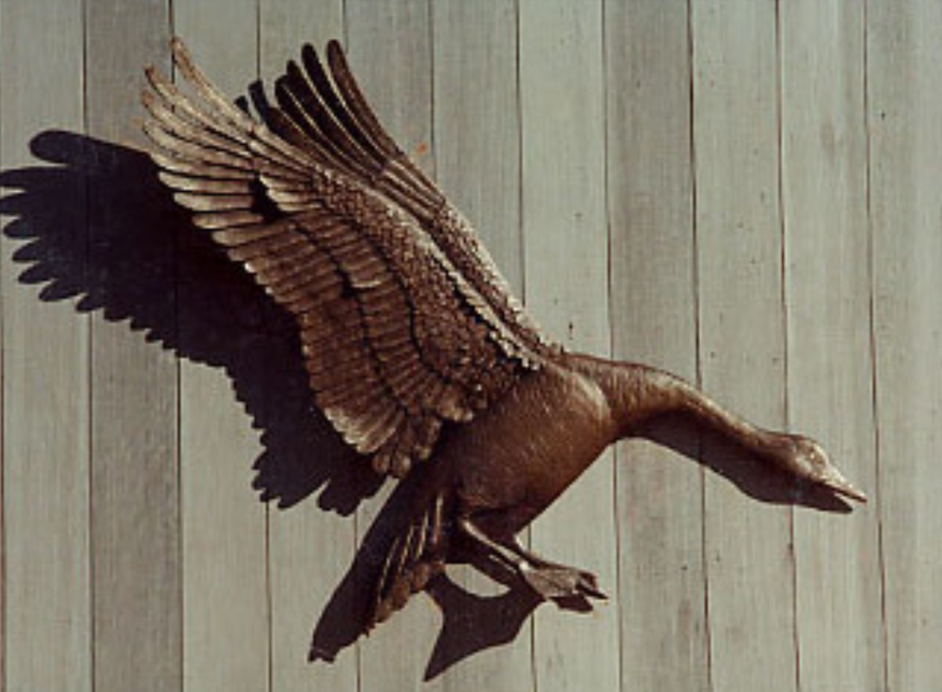 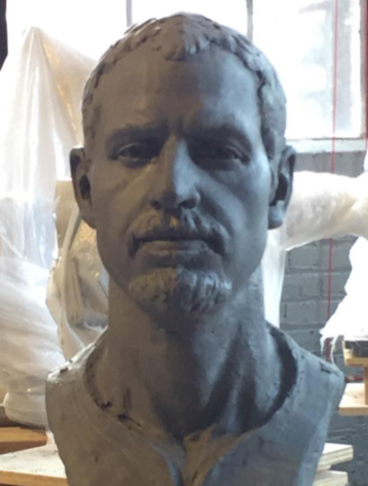 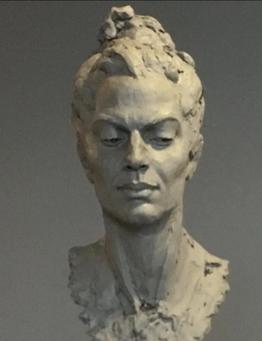 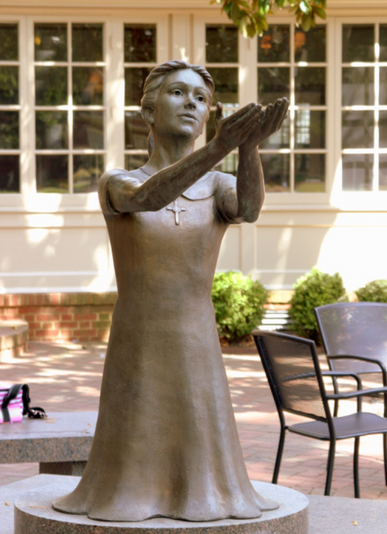 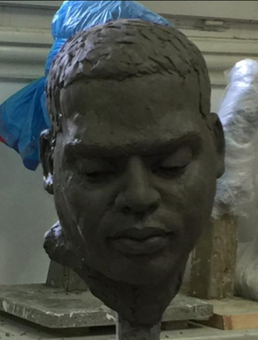 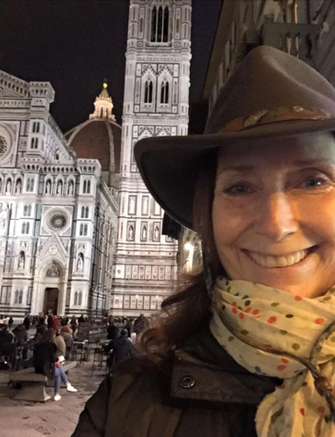 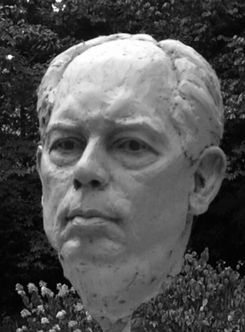 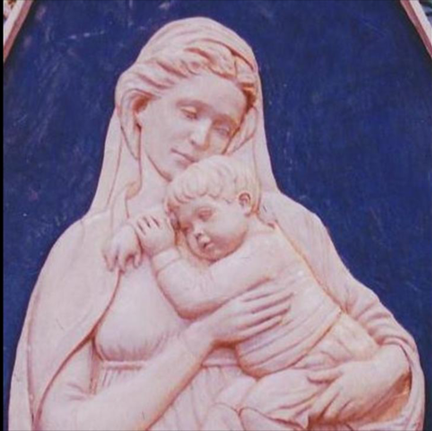 ​Kneeling Girl. Ms. Bowden was commissioned to create this sculpture for an all girls school in Richmond, Virginia, St. Catherine's School For Girls. Bronze, 4'x6', 2001. 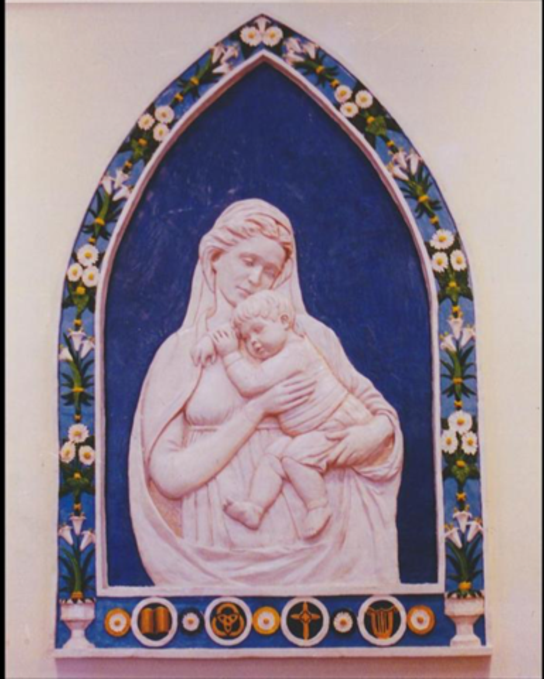 Mother and Child.  This Sculpture was commissioned by a church in Goochland, Virginia.   It was requested that the sculpture be in the style of an Italian Della Robbia. It is painted bronze, weighing 400lbs. It was cast at Tallix Foundry and  it is 6'x4'. 1999. 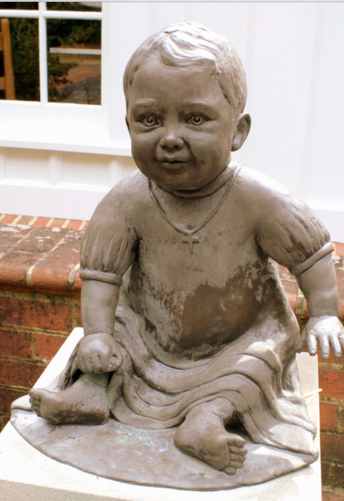 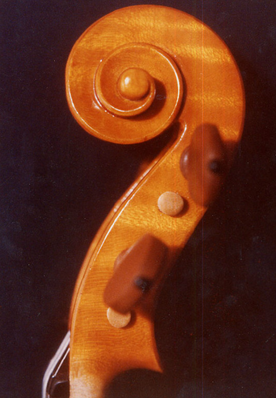 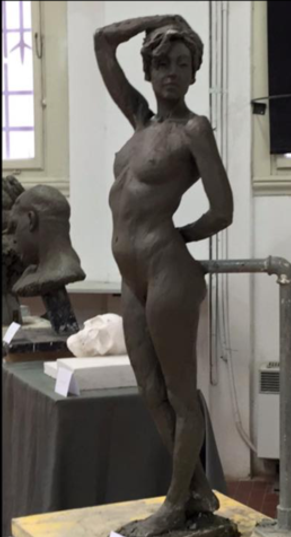 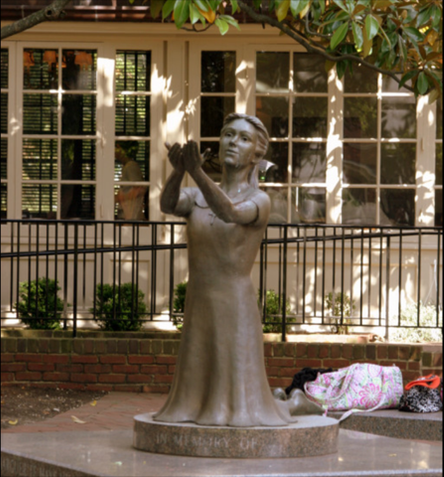 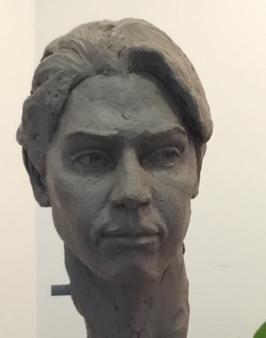 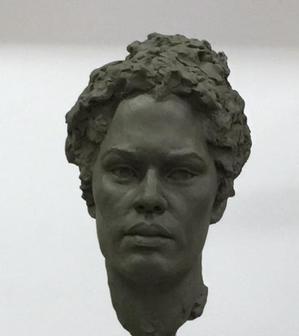 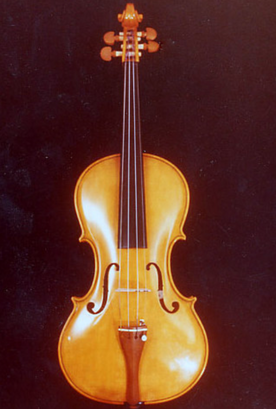 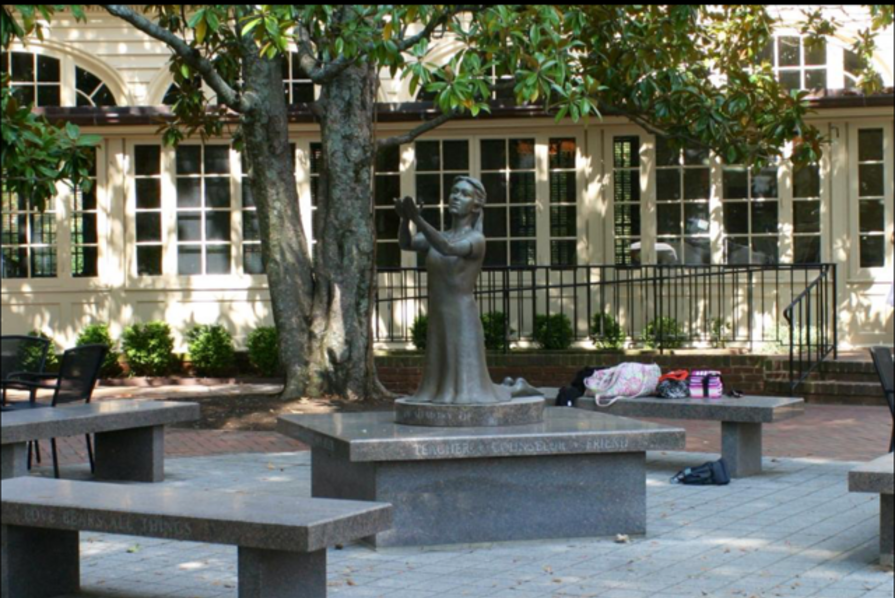 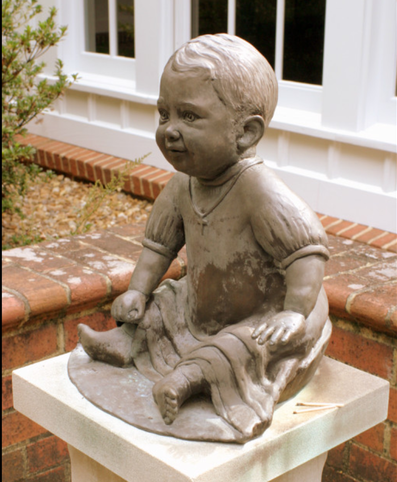 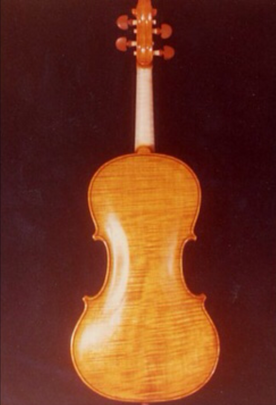 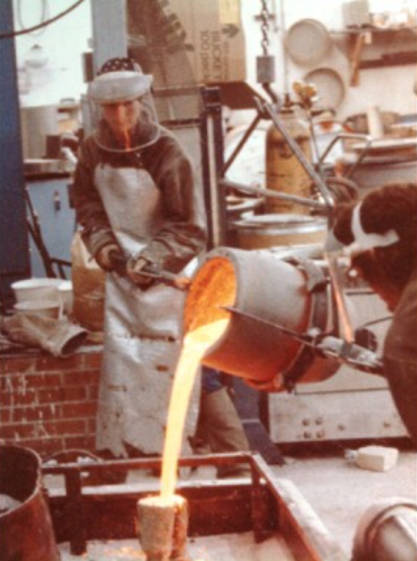 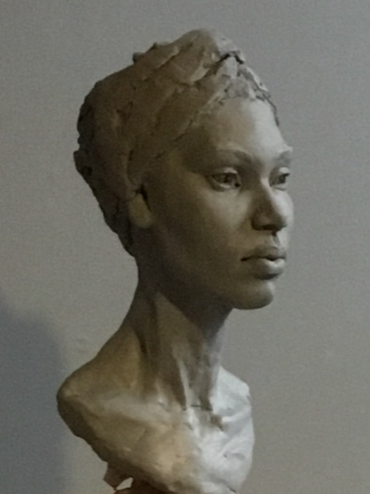 In 1981 Ms. Bowden began five years at the Johnson Atelier Institute of Sculpture Technology, a foundry located in New Jersey. Ms. Bowden learned all aspects of bronze casting and cast many of her own sculptures during that time. She acquired skills in all stages of shell casting, wax pouring and chasing, rubber mold-making, sand casting,  degating, metal chasing and patina. At left is a photo of Ms. Bowden pouring molten bronze into a ceramic shell mold at the foundry around 1984. Below are a few of the sculptures she created and cast at the Johnson Atelier and other foundries.

Baby Mary.   In 1864, during  the darkest days of the American Civil ​War, a baby girl, Mary,  was born at Tuckahoe Plantation, near Richmond, Virginia.  ​She died when she was only 7 months old. Her parents donated land and money to build a church for the coal miners in the area in her memory. They  named the little white church St. Mary's. Ms. Bowden was commissioned to create this sculpture in her memory.  It was installed in a children's garden at the church and is a gathering place for the children of the congregation. 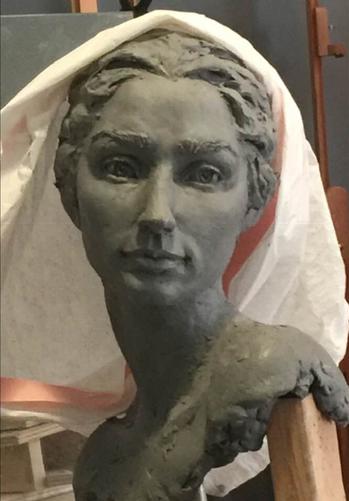 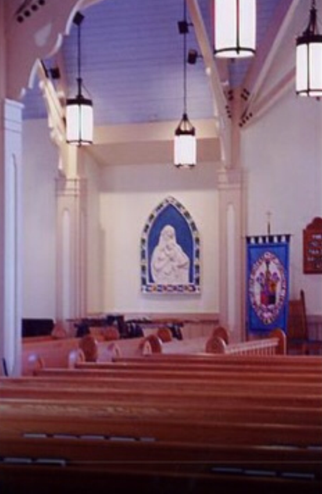